Will their fairy tale last past midnight? From reader favorite Niobia Bryant…

He’s a man used to getting what he wants.

Then he meets her…

Gabriel Cress is heir to his family’s restaurant empire—and is expected to behave as such. Not seduce the housekeeper. But beneath Monica Darby’s shy exterior is a siren who makes the jaded New Yorker burn for more. But when Gabe’s meddling family and a surprise inheritance raise doubts he can’t ignore, will the clock strike twelve on their budding affair?

From Harlequin Desire: Luxury, scandal, desire—welcome to the lives of the American elite.

2 BOOK BUNDLE with Scandalizing the CEO by Yvonne Lindsay 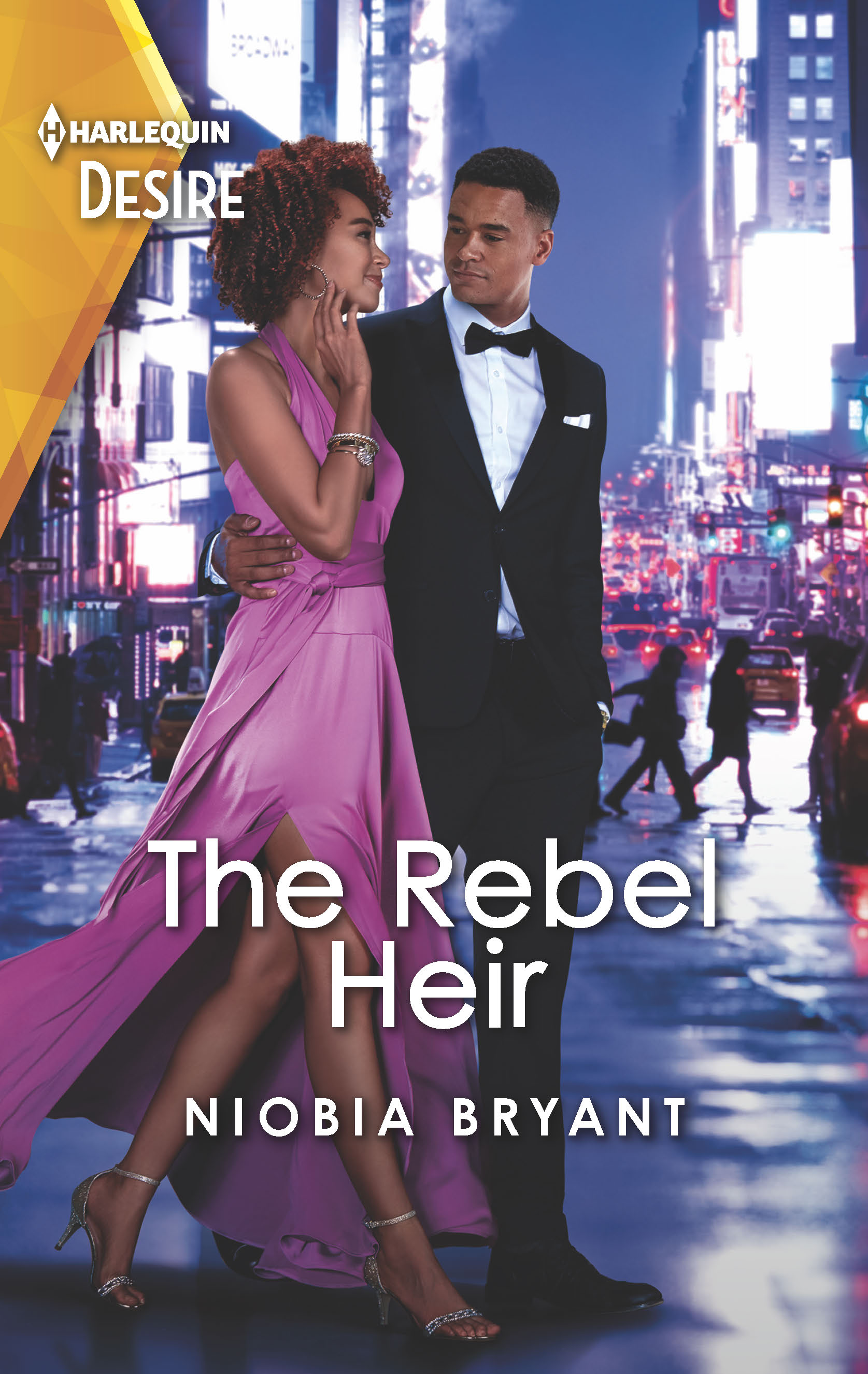 Mixing business and pleasure is a recipe for trouble in this red-hot upstairs-downstairs romance by Niobia Bryant.

When it’s too hot in the kitchen…

He’ll take it to the bedroom…

The rebel of the wealthy Cress dynasty, chef Cole Cress, has only one rule: never fall in love. But the heat that keeps sizzling between Cole and his delectable fellow chef, Jillian Rossi, is irresistible—dangerously so. Because Jillian comes from a different world, and the Cress family will do whatever it takes to extinguish this blaze…even if Cole gets burned.

From Harlequin Desire: Luxury, scandal, desire—welcome to the lives of the American elite.

After surviving a shattering betrayal by a former friend, Jaime Pine has every reason to celebrate. Stronger and savvier after her “perfect” marriage crashed-and-burned, Jaime now has Luc, a billionaire music mogul willing to give her everything, including a dazzling career, and what looks like a forever happily-ever-after. Until a no-limits island vacation with her best friends turns up the last person Jaime ever expected to see again.

Unforgettable Graham Walker, aka “Pleasure,” is an ex-escort skilled at mind-blowing sex. But now, after coming to terms with his own troubled past, Graham is a changed man. And Jaime finds him more irresistible than ever. Yet after one last no-holds-barred night together and a connection that can’t be denied, Jaime decides to finally put Graham in the past and move on with her new life as planned. She accepts Luc’s proposal of marriage—and then discovers she’s pregnant.

Torn and confused, Jaime spins a desperate web of half-truths and lies-of-omission to protect both men—and herself—as she struggles to choose her path. But when her secrets explode in public, the choice is made for her. Can she deal with her mistakes honestly and do what’s best for everyone involved?

A Deal with Benefits (One Night With Consequences) by Susanna Carr

The Far Side of Paradise by Robyn Donald

An irresistible but forbidden temptation…
Betrayed by his fiancée, self-made billionaire Chance Castillo plans to sue his ex for her share of their million-dollar wedding. His unexpected attraction to his beautiful, brilliant new attorney sure takes his mind off his troubles. But Ngozi Johns has an ironclad rule: she never dates a client. Ngozi got where she is by following her own guidelines. Until one hot, steamy night with the gorgeous Dominican changes everything.

In this long-awaited action-packed entry to the acclaimed Queen series, Naeema “Queen” Cole—a crime solving modern day Foxy Brown—is once again on the hunt for a killer on the streets of Newark…

Naeema has avenged the brutal murder of the son she never knew and taken out the culprit behind the attempted assassination of her on-again off-again husband Tank. She hoped deadly vengeance was no longer a part of her life and normalcy would reign.

Her wild and crazy next-door neighbor/friend, Coko “Hunga” Brown, has been found dead from an apparent heroin overdose but Naeema knows she was fresh out of rehab and appeared sober the last time she saw her. Suspecting foul play, she is going undercover once more as “Queen” and using Coko’s social media accounts to retrace the last days leading up to a death she’s sure is murder in disguise.

Delivering yet another “sassy, sexy streetwise story,” (New York Post), bestselling Meesha Mink’s Naeema “Queen” Cole is playing it all by ear with nothing but grit, her gut instincts, and a plan to make her friend’s killer wish they were already dead.

Thank you for your orders!
Now available exclusively via Amazon Kindle.
Coming to all other platforms on 2/15/2022.
Apple Books | Google Play | Kobo | Nook

Logan Strong is new to the small rural town of Holtsville, South Carolina, and brings with him a Texas background of cattle ranching and horse wrangling. He’s one sexy Black cowboy, something Ivy Child fights hard to ignore even as she aims Colt .38 revolver at him when he offers her a ride home. Neither Logan nor Ivy are looking for love. He’s a loner cowboy who enjoys his nomadic lifestyle, and she’s experienced so much heartbreaking loss that she doesn’t believe happiness is possible for her.

Danger and the brutality of racism come to Holtsville as a wealthy outsider hopes to scare away the Black townsfolk and claim their land for his future development plans. After having to rescue Ivy numerous times from near calamities, Logan offers her a marriage in name only to provide her with his protection.  Secretly she’s thankful to have more to rely on than her pistol and the solitude of her own company, so she accepts. Soon close quarters and an attraction neither can continue to deny leads to passion and romance that is hot and strong. With more than ever to fight to defend, Logan and Ivy join forces with the rest of the town to ensure no one or nothing will destroy Holtsville or their chance at love and happiness.

As an added treat, I made a playlist of all the songs mentioned in HOT AND STRONG. It might be fun to listen along as you read! -N.

THANK YOU FOR YOUR ORDERS!/ DANKE FÜR IHR ORDERS!